There are some things you probably never give much thought to, and the health of your plumbing system is likely one of them. The only time it comes to mind is when something happens — and that “something” is usually a complete toilet backup, at 1:00 a.m., on a holiday weekend. With so many other things happening in your life, the last thing you need is for everything to come to a screeching halt so you can call emergency plumbing services to fix what is often an avoidable situation.

You just finished cooking a pound of delicious bacon for the perfect Sunday-morning breakfast, and it left you with three-quarters of a cup of grease in the bottom of the pan. What do you do? Surely dumping hot grease in the trash doesn’t sound like a good idea — it could cause a fire, cause the bag to melt, or make a big mess at the very least. What about flushing it down the toilet? Although it may sound like a clean and tidy option, this is a perfect example of what not to do. When the grease cools it solidifies, and solid grease in water pipes equals a big backed-up problem! The best way to dispose of hot grease is to first let it cool and solidify, and then throw it out in your trash.

While taking care of your nightly hygiene habits, you decide to throw the dental floss into the toilet. After all, what can one little piece of floss hurt? If you make a habit of it, it can hurt your entire plumbing system. Floss can wrap around things and build up over time causing your system to get clogged. To make sure this doesn’t happen, it’s best to just walk the three steps over to the wastebasket and throw it away.

Everyone loves pre-moistened face wipes for their convenience, but did you realize you shouldn’t throw them down the toilet? Face wipes aren’t engineered to break down like toilet paper does, so they can build up or get stuck in your plumbing. Similar to face wipes, read on to learn about number four on our list.

Most, if not all baby wipes claim to be “flushable,” however, they can still cause a problem for your pipes. Flushable wipes may degrade eventually, but they take much longer to do so than toilet paper. Throw a few slow-degrading baby wipes in your toilet and you’re likely to end up with a clog. 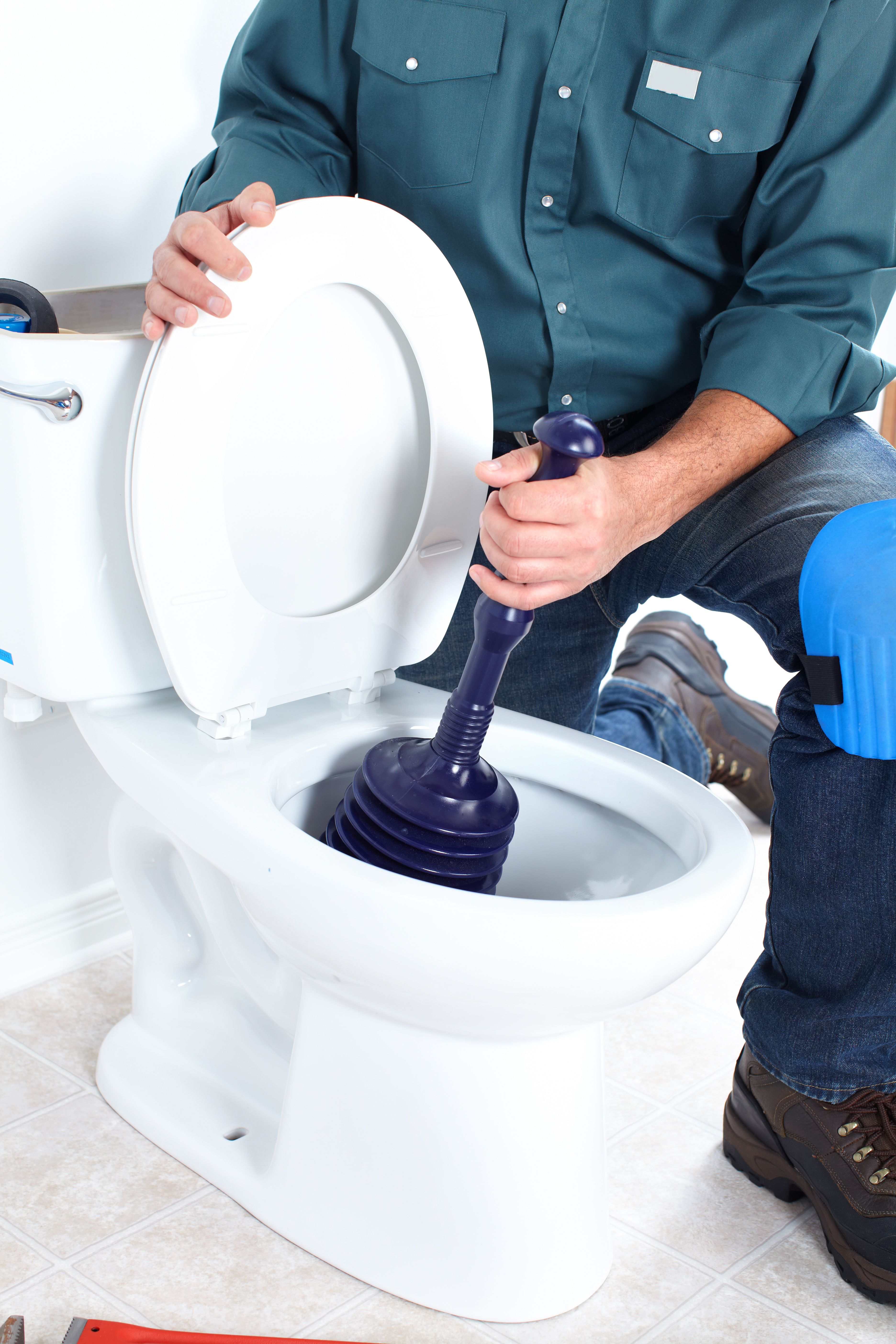 After reading about face wipes and baby wipes, you would probably think twice before flushing paper towels down the toilet, but not all people do. While doing a quick clean up in the bathroom it seems like it just might be easier to toss the towels and flush, but beware! Paper towels are highly absorbent and can create a clogged toilet in no time.

Despite the word “flushable” in the name, kitty litter is not intended to be put down the toilet. Although different from traditional clay-based litter, flushable litters can be made with any number of ingredients, some more toilet-friendly than others. In addition to the so-called flushable claim, many people like to use a litter that clumps, which saves time by allowing them to just do daily scoops instead of changing the entire litter box. Clumping litter is convenient until one of those clumps gets lodged in your pipes causing your whole system to back up. No matter which litter you choose for your furbaby, make sure you throw it away in the trash and not in the toilet.

Chewing gum is yet another small thing that could turn into a big problem! Gum doesn’t dissolve and will most likely stick to your pipes, catching other small things as they go by. Over time, those little pieces of gum can “stick” you with unexpected emergency plumbing services!

Compared to other rather obvious things, food waste is something that would seem to be ok for flushing. Think again. Food can stick to pipes, get lodged and cause a back-up, or possibly not flush at all. Small particles that don’t get whisked away can hang around and start to degrade. While it might seem like food is one of the more safer things to flush, you’re better off putting it down the garbage disposal or throwing it in the trash.

The lesson here is that toilets are made for a specific purpose. Just because it may be easier to flush it, it’s probably not a good idea to do so. Although it seems like you’re helping the planet and generating less trash in your wastebasket, this is usually not the case. Either way, using your toilet as a second trash can will put you on a first-name basis with your plumber in no time!